Today it was announced that Kettering rock venue the Prince of Wales is to close at the end of the year.

Publican Nina Hammond, who took over in 2015 following a £40,000 makeover, made the following statement: 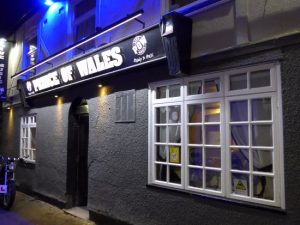 “It is with a heavy heart that I let you all know my time at The Prince is coming to an end. This is not a decision I wanted to make, or have made lightly, but unfortunately there is no alternative. Being brutally honest, there is simple not enough money coming in to pay what is going out. I’ve been trying to keep live music going at the venue but without continuous support from the public it is just not possible. I have tried charging on the door to cover costs, iv looked for investors, and iv tried putting on bands/events that people have asked for, but still we don’t see the bodies through the door. I’m sure you have all heard the term ‘use it or lose it’, and unfortunately this may now be another venue that closes its doors for good. It saddens me that I am unable to continue and make this venue work, but as mentioned before, the lack of bodies through the door coupled with rising beer costs, rising business rates and other general expenses, it is just no longer financially viable”.

The final day of trading day will be New Years Eve. This comes hot on the heels of the news that The Hut in Corby is set to finish in its current form at the end of November. The Rockingham Road venue only opened on weekends following the closure of The Zombie Hut at the end of 2015. The future of the venue remains unclear.

So, is rock and alternative music in the county under threat? What can be done to turn things around? Leave comments below if you feel so inclined.